Right-wing opposition figures on Thursday railed against Prime Minister Yair Lapid for favoring a two-state solution in his speech to the UN General Assembly, while the prime minister’s left-wing allies cheered his call for peace with the Palestinians.

Even while Lapid was still speaking, opposition leader Benjamin Netanyahu released a video statement accusing him of “endangering” Israel’s future by renewing the discussion on the Palestinian state.

In recent years, Israeli leaders have largely distanced themselves from the Palestinian state, even though Netanyahu himself called for a two-state solution at the UN in 2016.

Netanyahu has strayed from that line in recent years and now takes credit for “removing the Palestinian state from the global agenda.”

Read:Russian annexation of regions will be quick

Netanyahu’s comments come just 40 days after Israel’s November 1 election, after which he hopes to have the numbers to partner up with a right-wing religious government.

His religious Zionist partners, as well as many members of his right-wing Likud party, are staunchly pro-settlement and against giving up Israel’s claim to land for an independent Palestinian state.

The Likud chief said a Palestinian state would be a security threat and accused Lapid of “giving them a terrorist state at the heart of the country, a state that will threaten us all.”

Netanyahu also lashed out at Lapid for his efforts to prevent a renewed nuclear deal with Iran, claiming the prime minister is “doing nothing”.

“Instead of standing before the world and saying wholeheartedly that the Land of Israel belongs to the people of Israel, Lapid expressed gratitude to Israel haters,” said Levin, a former Knesset speaker.

Read:Putin’s ‘annexation’ announcement changes little on the ground in Ukraine

MK Bezalel Smotrich, who heads the far-right Religious Zionism party, also rejected Lapid’s support for a two-state solution, saying that a Palestinian state is an “embarrassing surrender to terrorism.”

Smotrich said Lapid is “seeking the division of the land, the transfer of territories and the expulsion of tens of thousands of Jews from their homes.”

He also accused the discussion of a Palestinian state and “instilling hope in the sails of Palestinian nationalism” will lead to more terror attacks against Israeli civilians.

“We will find ourselves again with exploding buses and terror across the country,” Smotrich warned. 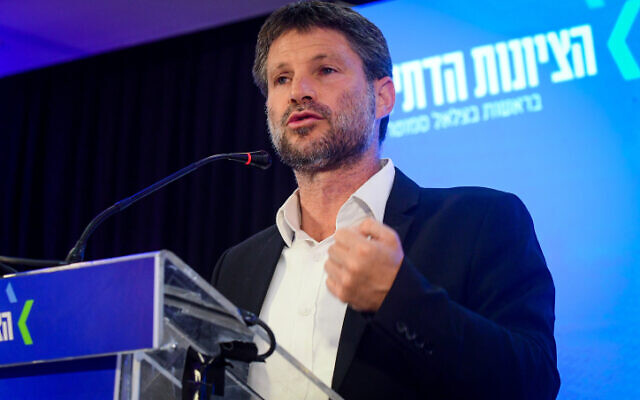 Opposition member Sami Abu Shehadeh of the Arab nationalist Balad party suggested that Lapid’s call to the UN for a two-state solution was just talk.

“There are so many questions for Lapid to answer, but he won’t say much about them. Instead, he will act on the ground to demonstrate his commitment to Jewish supremacy and the denial of equality, freedom and security for the Palestinian people,” Balad’s head tweeted Thursday.

Lapid has also been criticized by some right-wing coalition figures, with Interior Minister Ayelet Shaked saying he was wrong when he told the UN General Assembly that most Israelis support a two-state solution.

“Most Israelis are against a Palestinian state,” she urged Channel 13 news.

Shaked, a member of the outgoing government who has since regretted her decision to join the coalition while remaining in her post, argued that Lapid’s comments about Israel making the Palestinian state peaceful “explains why it doesn’t work”.

She also said her decision to criticize the prime minister in English during the speech earlier Thursday was “legitimate” because the parties had agreed in coalition talks that no two-state solution would be on the table.

Lapid’s other right-wing allies, including Deputy Prime Minister Naftali Bennett, criticized the prime minister on Wednesday after an official said in his UN speech he would support the two-state solution. 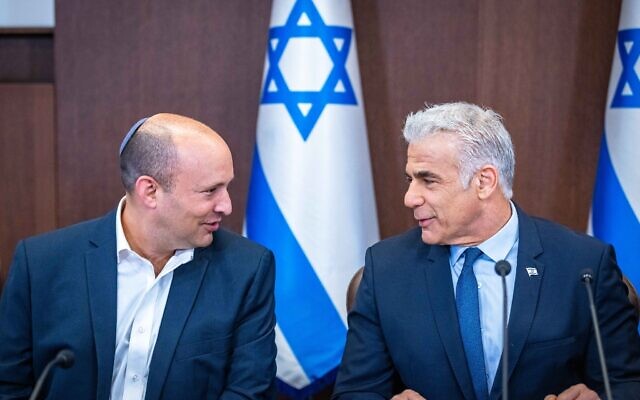 Among Lapid’s political partners who support a two-state solution, the head of the left-wing Meretz party praised his speech as “historic”.

“Finally, the vision of peace is on the agenda,” Zahava Galon wrote on Twitter. “To end the cycle of bloodshed, to end control over millions of Palestinians, and years of pain and loss on both sides.”

“A great honor for the State of Israel, which was properly represented by the Prime Minister while standing steadfast for” [Israel’s] security and diplomatic interests,” Barlev tweeted.

Lapid’s speech also received praise from US Ambassador to Israel Thomas Nides, who called it “courageous.”

“Peaceful coexistence is the only way forward. As POTUS urged here in July, “two peoples, with deep and ancient roots in this land, living side by side in peace and security,” Nides tweeted, referring to comments US President Joe Biden made during a visit to Israel. and the West Bank.

Times of Israel employees contributed to this report.

We are very glad you read X Times of Israel articles in the past month.

That’s why we started the Times of Israel ten years ago – to provide critical readers like you with a must-read message about Israel and the Jewish world.

So now we have a request. Unlike other news outlets, we have not put up a paywall. But since the journalism we do is precious, we invite readers to whom The Times of Israel has become important to support our work by joining The Times of Israel Community.

For just $6 a month you can help support our quality journalism while enjoying The Times of Israel ADVERTISING FREEas well as access to exclusive content only available to Times of Israel Community members.

Thank you,
David Horovitz, Founder and Editor of The Times of Israel